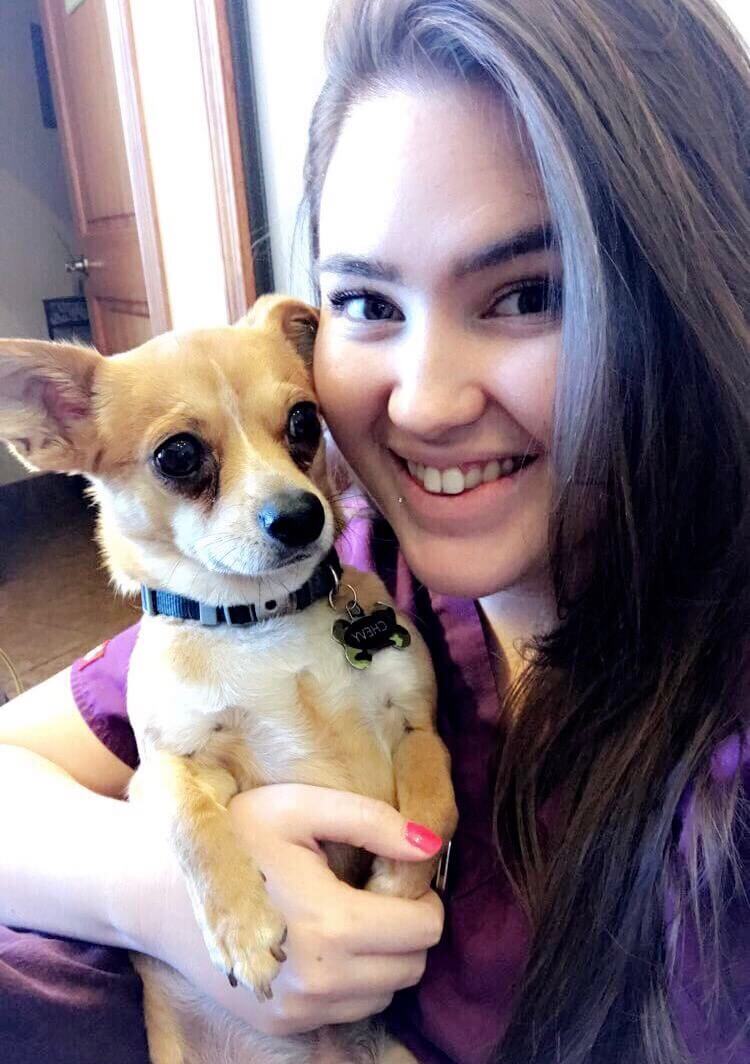 Breana “Bre” was born and raised in small town Safford, Arizona. Animals have always taken up a huge part in her heart, she grew up helping her grandfather take care of his uncle’s ranch, riding his horses, and has always been surrounded by dogs. Her senior year she volunteered at her local Animal Hospital and fell in love with the veterinary field, her dream since then has been to become a Vet Tech. She moved to Prescott Valley in 2015 and is currently the Kennel Supervisor of Hassayampa Canine Resort, and also recently just received her Certification for Vet Assistant through the Animal Behavior College. Her hobbies include spending an excessive amount of time with her dog Chevy, hiking, hunting, playing/watching sports, and visiting her friends/family whenever possible!

Chris, Lead Kennel Tech
Chris was born and raised in St. Paul, Minnesota with his 3 brothers and border collie! As a child, Chris wanted to be a cartoonist and a soldier and ended up serving in the military. Afterward he moved to Arizona and started working at Hassayampa in 2017. When not playing with his little red dachshund, Chris enjoys portrait painting!

Will, Kennel Tech
Will was born and raised in Long Beach, CA and then lived in the beautiful Catalina Island for a short time. Following California, he moved to Arizona. During his childhood, he had a cat named Cocoa, fish and other small animals. Will wanted to be a graphic designer but after spending time with animals, he realized that was his true passion! Will has been at Hassayampa since 2018 and has 2 cats, a leopard gecko and a husky! When not working, he plays guitar and bass.

Morgan, Kennel Tech
Morgan was born in Minnesota and grew up with 2 dogs, a Yellow Labrador and a Bernese Mountain dog. She always wanted to be a horse trainer, but her love of dogs won out! She started at Hassayampa in 2019. When not working, she loves to hike with her two dogs: Ruger, a German Shepherd, and Charlie, a Chihuahua/Corgi mix.

Sherry, Receptionist
Sherry was born in South Carolina and grew up in Seattle. Her love of big dogs started as a child when she grew up with a Labrador and a Weimaraner. She always wanted to be a zoo trainer, but she prefers working with dogs all day at Hassayampa! She has been working here since early 2019. When not working, you can find Sherry and her husband taking their three children to water parks, the movies and hiking with their 3 dogs!